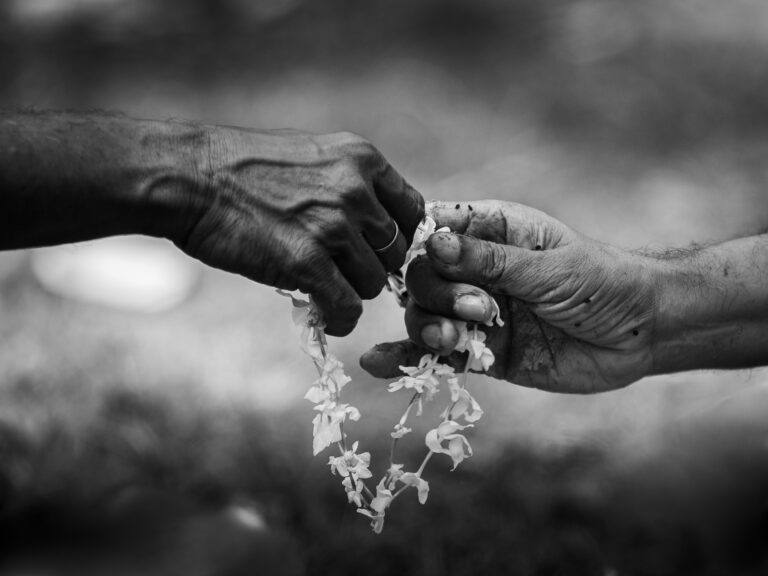 A timeless, color neutral, black and white street photography never lost its relevance. Even if today’s age digital cameras enable you to play with range of colors and editing software can adjust those colors selectively — photographers continue to make a creative choice of making monochrome images.

Black and white photography emerged as necessity, a compulsion in absence of advanced technology to display colors in film photography. Then it became acceptable and normal way of viewing reality in prints. Now, it has become a matter of creativity – to keep-up with the legacy.

The true art in photography is viewed in black and white photos — where you get to play with light and shadow of the subjects. Doesn’t mean color has lost the touch of art value in the picture. It’s just that we’re tuned to appreciate greyscale photos more from art’s point-of-view. Street photographers continue to leverage the virtues of monochrome photography.

With this context, let me share my own experience with black and white street photography and share with you some of the tips to make use of the art form.

Color is descriptive. Black and white is interpretive.

Why are black and white street photographs so popular?

Monochrome photography is traditionally more associated with art. The biggest reason is the common theme spread across the canvas. The theme doesn’t get distracted in the array of colors.

In an online photography workshop, I shared both the versions — color and B&W — with my students and asked them to vote for the version which they find appealing. All of them said the B&W version looks better but couldn’t spell why exactly is the case.

Let’s educate ourselves why few street photos look better in greyscale which has contributed to its popularity:

The capability to play with shadows and tonal range of B&W of a picture makes the picture look mysterious to the viewer and hence they tend to spend more time on each picture to understand the narrative better. The mystery creates stronger pitch.

Since B&W pictures is largely defined by shades of grey, the viewer focuses on what’s visible vs what’s not rather than getting distracted with all the elements in the picture. For example, capture dark shadows or obscure person’s face etc to create moodier and more dramatic B&W pictures.

When you find colors in your picture boring but you liked the scene, convert it to the neutral color so that the colors distracting greens and blues or any other color which is not essential to the story gets neutralized with the shades of grey. For street documentary photographers, the scenes can’t be staged. A lot of elements are part of the composition which, if not neutralized, will mix-up with the essence of the narrative.

A black and white street photo is ageless and timeless because of two reasons:

i. The process of developing won’t change. People would continue to find creativity in your monochrome photos.

ii. Black and white photography has lived longer, so far, than the color and will continue to stay in trend.

When I scroll down in my Instagram wall, the color pictures look all the same. The sameness causes boredom. If I stumble upon a greyscale photo, it grabs my attention and I get immersed in the story behind the picture.

As a matter of fact, the motion blur adds to the drama in the photo if it’s B&W. Even if you get the motion-blur accidently, try converting it to B&W and you’ll surprise yourself after looking at the final output.

During night street photography, the lights are not good. You need to bump-up ISO. It results in grainy picture. In color photos, those noises look even more prominent. But in black and white the same picture looks classy and artsy.

7. In absence of color, focus on other aspects

If there’s no color, you need to produce monochrome photos differently. Add elements like structure, contrast, people, textures, or shapes. Since, as a photographer, you’re not distracted with the colors, you’ll choose to add more creativity in your pictures. For example, shoot with different angles or from a different vantage point.

What are the biggest downsides of black and white street photography?

Well, it’s not always that the greyscale photos win over colored ones. There are specific genres and compositions which look better in colored photographs. So, let’s understand what are the downsides of B&W street photography which prompts us to retain colored version.

A city and its streets are defined by its color. For such photos a black and white street picture won’t serve the purpose. For example, you can’t capture Jaipur city in India in black and white, if you want to keep its monuments, forts, and old buildings in the composition. Jaipur is called the pink city; you should retain the essence in your photos. Similarly, a Holi festival street portrait can be captured in black and white, because the festival is known for the colors.

2. Difficult to make choice: keep it color or convert to black and white

It’s a tough choice for a photographer who pursues both forms — color and B&W — of photography. If you face the challenge, follow below steps:

– Always shoot in color so that you’ve choice of retaining the original colors and you’re able to make the choice later. Biggest leverage with the digital photography is that you can make the photo either color or B&W with the same shot.

– If the street colors are boring, convert it into black and white.

– If the colors are distracting for the narrative, convert it into black and white.

– Once you convert the picture into black and white, adjust exposure, highlights, shadows etc which is better suitable for the monochrome version.

– If you’re still confused, go with your judgement. After all, it’s your art, your narrative, your expression of the street.

4. There’s a belief that black and white photos are outdated

Well, this is largely a misconception that black and white photography is not in trend anymore. Don’t believe the rumors. Let your expression explore the genre and decide yourself.

Alright, the arguments are stronger for making black and white street photographs — it makes sense to deep-dive, right? And, understand how you’ll shoot and edit such photos.

Shooting black and white street photos in the street

Here are quick tips to view final photos in monochrome:

3. Spot and shoot contrasts because that look better in B&W.

4. Increase depth of field to keep everything in focus. It will add layers to your narrative, like foreground, middle-ground, and background — something is going on in each layer.

5. Focus on composition because that’s the biggest play in your storytelling and how the drama unfolds in your picture.

6. Look for motion and candidness. A person or an object leading to something — light to dark or otherwise would create mystery in the picture.

While it may sound no brainer while editing black and white street photography that you just need to play with the contrast and exposure… and you’re relieved with white balance, color grading, curve adjustments etc. Let’s not ignore the merits of post-processing workflow to make B&W photos. B&W photos should also be paid close attention in the post-processing process.

2. Convert the picture to black and white, if you’ve shot it in color.

3. Increase contrast to view whether it unfolds the drama by playing with highlights and shadows. Play with the contrast till you get the right details in the picture.

4. Alternatively, reduce the contrast to see whether the smooth silky look of the picture is better version that the contrasty one.

5. Play with shadow and exposure to see whether you want to retain details in the shadow or get rid of it.

6. You can also apply vignetting which is adopted in many B&W photos.

To sum up, black and white street photography is worth exploring to make street photos timeless and artistic. The imaging form has a unique place that you can pursue in parallel to your color digital photography, even if you don’t want to make this your primary form of your photography pursuits.

PS: I’ve used the term black and white in multiple manners in the blog: B&W, black and white, greyscale, and monochrome, just to avoid the keyword stuffing and preventing the post to get penalized from the high keyword density. Hope you’ll understand that I needed to use the term several times to establish the point-of-view. 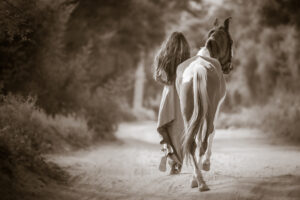 If you want to hit the ground running with horse photography, make use of my hands-on experience and learning. 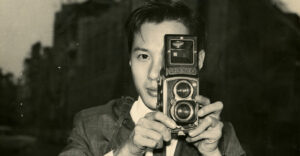 Nobody exhibited urban street life the way Fan Ho did with his unique street photography ideas. Fan Ho photography techniques provide complete control over the street like a canvas. 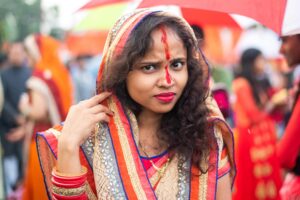 21 verified techniques of making portrait of strangers in street photography

The idea of making a close portrait of strangers sounds appalling for many beginner photographers in street photography. We’re not raised to engage with strangers 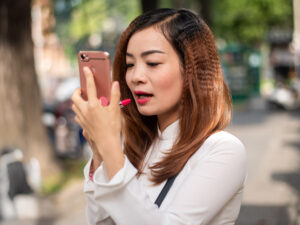 A posed or candid street portrait photography needs skills of engaging with strangers and techniques of photography.

Subscribe to the latest posts, news and alert. No spamming!